Donate to Answers for Angels 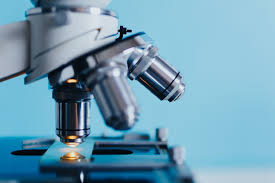 Most middle school boys are concerned with playing sports after school, playing video games, or taking up new hobbies in their spare time. Well, one middle school boy in Atlanta, Georgia, does all of this, and more. One hobby of his is a bit extraordinary: searching for a way to fight cancer.

After 12-year-old Stephen Litt became aware of two family friends being diagnosed with breast cancer, he decided to do something about it. He began researching and found that decreased rates of the disease in Japan might be due to certain antioxidants found in green tea. Stephen wanted to test this theory and see if these antioxidants could ward off cancer cells in planaria (worms) since they are known to have stem cells that mimic cancerous cells.

Stephen and his father purchased the necessary materials for the project and began conducting scientific experiments in search of their answer. He used experimental and controlled groups of planaria in his research and studied the results under a microscope that his grandparents gave him.

His findings showed that there might actually be a link between the green tea antioxidants and fighting cancerous cells. Stephen went on to win local and state competitions with his science project and was invited to tour a real research lab at Tuft University shortly after. In the future, he would like to transplant human cancerous cells into the planaria to see if the green tea antioxidants will have the same effect. To read the full CNN story on Stephen and his work, click here.

Who knows what the future has in store for this remarkable young man! We had to share his story because wanting to help others in such a major way, and at such a young age, is a very special thing. We tip our hats to you, Stephen, and wish you the best of luck in your future endeavors. With bright minds like these popping up in the younger generation, we can certainly hope that finding the cure for cancer is not too far away!